Does the Pro-Life Community have its Head in the Sand? 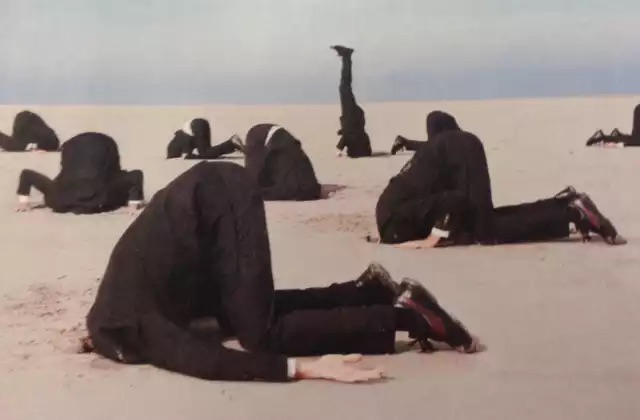 What do I mean?

I mean we in the Pro-Life Movement have put so much hope in the overturning of Roe v Wade for so long that we’ve stopped asking what actual impact overturning Roe will have on reducing the number of abortions.

Do you know how much impact it will have?

The answer is not much.

Maybe around 10% reduction in abortions nationwide, 20% if we want to be super optimistic.

This is already happening in Texas where I live.

You’ve probably heard recent news headlines on conservative news outlets like Fox and others stating that abortions have dropped dramatically in Texas because of the heartbeat law.

But it’s what the news stories aren’t telling you that’s much more important.

And what they’re not telling you (out of ignorance I hope) is that the number of abortions by women who live in Texas actually hasn’t dropped that much.

The reason is simple: many women who live in Texas are simply driving across the border (Oklahoma, Louisiana, Arkansas, New Mexico) to get abortions.

I don’t know about you, but it doesn’t give me great comfort just to say that very few abortions are being done in Texas if women from Texas are simply going to other states to get abortions.

What we’re striving for here, I believe, is to actually massively reduce the number of abortions, not just feel some kind of moral satisfaction that “at least it’s not happening here in my state.”

So if that’s what’s actually happening in Texas, let me ask you, what do you think will happen when abortions become illegal in your state?

Second, and actually much more important than the first reason, is that the primary abortion “product,” if I may call it that, has completely transformed from an in-clinic visit to a “self-managed DIY-at-home” experience via the so-called abortion pill.

This transformation of the abortion industry’s primary product has accelerated rapidly in the last 12 months and continues unabated.

And unfortunately, the majority of women seeking abortion are early enough in their pregnancies (first trimester) that approximately 9 out of 10 are eligible to use the abortion pill.

So an abortion is now “transportable” in a small packet containing two pills that a woman can use at home.

Here’s the really bad news, and yes, I want to hear your counterarguments about why I’m wrong about what I’m about to say.

If you doubt that, just ask yourself how effective the federal government’s “war on drugs” has ever been.

OK. So what should the pro-life community do now?

I believe it should do what it should have done from the beginning: commit to competing against the abortion industry as a business.

In particular, I believe we should build a compelling non-abortion-providing women’s healthcare brand that young women actually resonate with.

And I say that not just to put forward a theory, but because there is actual evidence that such a marketing-led business approach works!

ThriVe is the only non-abortion-providing women’s healthcare brand I am familiar with that has had success, as measured by market share, competing against Planned Parenthood.

I present a detailed case study of how ThriVe did this in Chapter 12 of my book, Your Pro-Life Bottom Line, which you can find on Amazon here or at BookBaby here.

So it seems to me that the next move for the pro-life community is to replicate the ThriVe model in other cities.

I’ll lay out a framework for that in my next article.

Can Abortion be Made “Unthinkable”? No, and Yes.

Overturning Roe won’t reduce abortions as much as this will